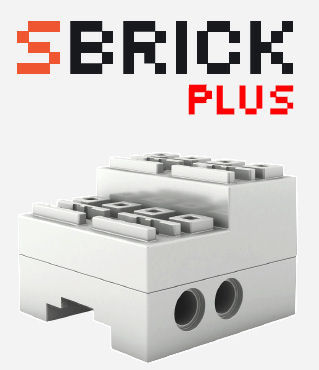 SBrick Plus is for education and interactivity,
while SBrick gives your creations more power!

SBrick Plus is a brick that you can place into your LEGO® models so you can control them remotely using a smart device like a phone, tablet, gamepad or even Chromebook or PC. That’s just the tip of the iceberg though; SBrick Plus can use sensors from the WeDo 1.0™ family can be programmed in several languages, so it’s a perfect way to start your journey into programming and robotics! SBrick Plus can also work with NXT/EV3 sensors using our adapter! Even though the Technic™ family and Education™ products are both LEGO®, there has been no overlap between the two until now. SBrick Plus removes this barrier between the two families and brings those worlds together seamlessly..

MyBrick Privacy Policy
©Copyright MyBrick.com.au:
LEGO® is a trademark of the LEGO Group of Companies which does not sponsor, authorise or endorse this website, the MyBrick company or related products and services.
Website Architecture by: D.D.Designs